Can we please stop talking about Sex and the City? 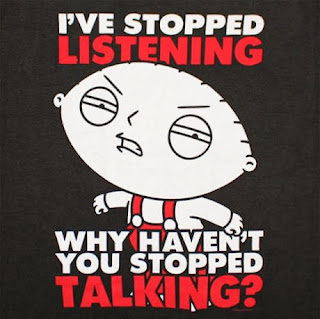 My distaste for the Sex and the City franchise has been well documented on this blog and others. I'm particularly resentful of the mixed messages it sends young and impressionable women — the all-consuming search for a man detracts from the strong/independent/successful woman archetype the show seemingly strove to depict. There's nothing wrong with seeking out love, obviously, but I doubt if women with such powerful careers and ambitions can really dedicate that much time to it. Also, I'd like to believe that women in general are much more multifaceted and spend at least some time focusing on current events, culture, physical activity and cerebral stimulation. I feel like brunch with this foursome would be so tedious when all they talk about is dick. You know I'd be the one to be all, "Did you guys hear about that crack-smoking mayor in Toronto? What a douchenozzle!" Also, no freelance writer makes enough dough to support that serious a designer accessory addiction. Trust me, I've had to learn that the hard way.

But I do think that maybe it's time to stop talking about it. I mean, the show ended in 2004, and although we've been assaulted with two fairly terrible, and in the case of the second one, culturally and intellectually offensive movies, in addition to a prequel television series (which I haven't seen but imagine is sufficiently painful to watch), I think it's time we all stepped away from any discussion surrounding SATC. Especially since it always goes back to the original television series, which is no longer relevant today. So why did ELLE run a story last week titled 7 Ways Sex and the City Has Lied to Women? Are we really still turning to this show for guidance?

I'll admit that I still fall prey to referencing it from time to time. Last year I wrote a story about poop (no, seriously) and I made a SATC reference — namely, how one character says that on her first trip away with a new boyfriend, she spent the weekend running down to the lobby toilets to take a dump, which let's be honest, we can pretty much all associate with — and my editor flagged it and asked me to make a more timely pop cultural reference. I realized then that it wasn't worth discussing anymore, and also that I probably needed to watch more TV and/or read People Magazine. (For the record, I replaced it with a reference to 30 Rock, which I think we can all agree is timeless and AWESOME.) But it also made me feel old to be talking about SATC the television show. It ended a long time ago and is off most peoples' radar. (As an aside, I also made a Rodney Dangerfield comment to my boyfriend the other day and he promptly pointed out that if I was going to continue to pass myself off as a 28-year-old, I'd have to stop quoting the likes of Rodney Dangerfield and M*A*S*H.)

As far as divisive topics go, I can see how SATC would inspire debate among a certain generation of women, though I doubt if it's one for the ages. While I recognize its appeal — it looked pretty, depicted an exciting city and indulged in raunch — I think it also belongs to a bygone era of a pre-recessionary America where conspicuous consumption was de rigueur with no didacticism in between. One could argue that Mad Men also belongs to a bygone era of affluence and a shamelessly celebrated distinction between the haves and the have-nots. But it also shines a light on the disparity among race, class and gender, how those disparities reached fever pitch and how they changed the face of the world forever. So, no, I don't believe that Sex and the City taught us anything or highlighted any events of great importance to turn-of-the-century America. And for that reason, among many others, I implore you to stop talking about it.

marilisa racco
A Spalding Gray in a Rick Dees world, I live to roll my eyes and judge. I love: books and magazines, Tina Fey, designer accessories, ballet, skiing, The Simpsons. I loathe: bad table manners and people who don't talk good. I've been described as Moe Sizlak trapped in your whiny little sister's body. Which is pretty accurate, except for the whiny part. I'm more bitchy. I've spent the past decade reporting on fashion and beauty trends for publications like ELLE Canada, The Globe & Mail, FLARE, The National Post, LOULOU, Glow and their dot-com counterparts. What can I say? I live for this chic.